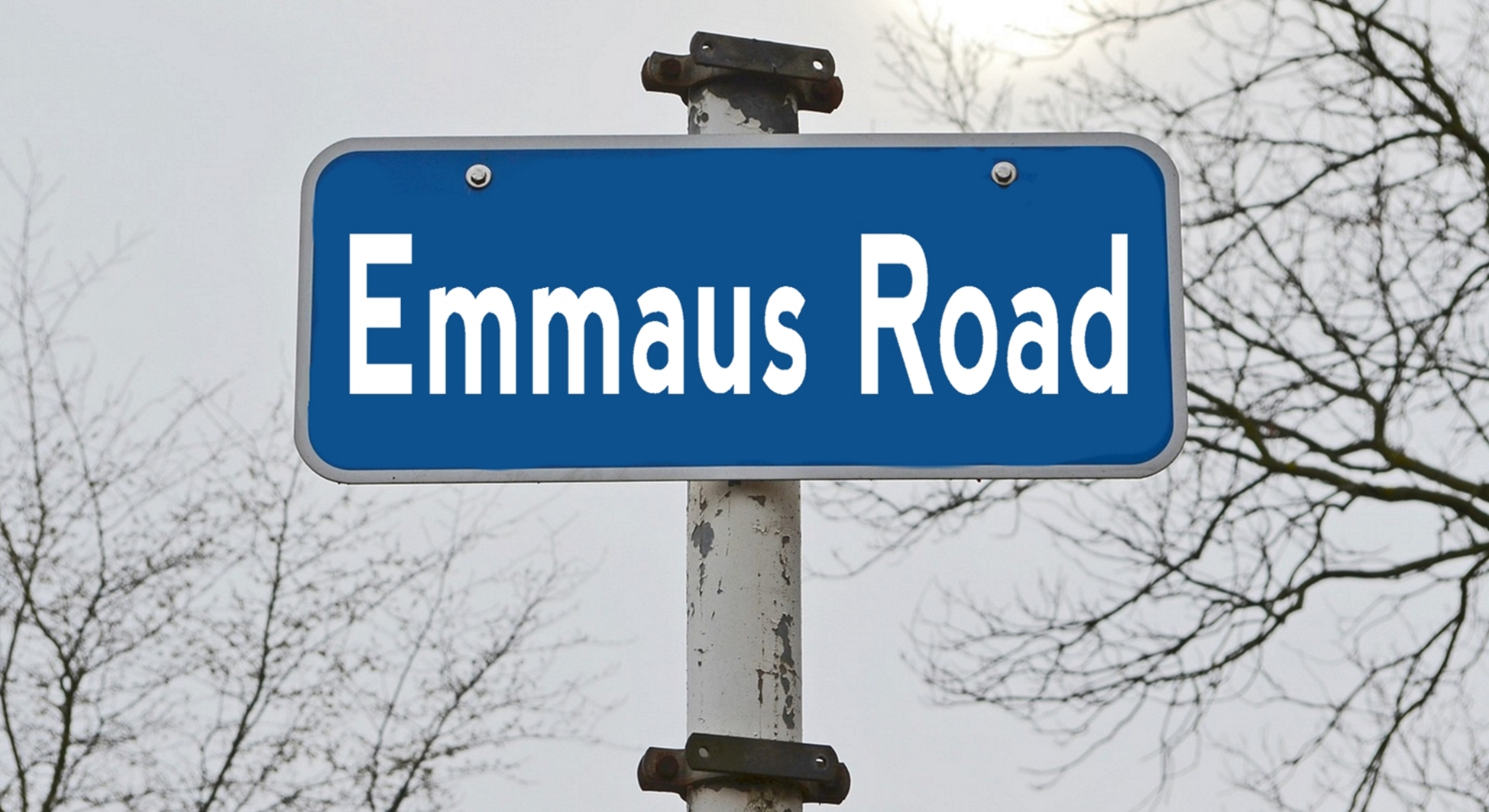 Two downcast and distressed men walked down the dusty Judean road. Their destination was the small town of Emmaus. As the travelers proceeded, their conversation was fixed upon the events of the previous days and the strange reports of the women which they had heard that very morning. What could all of these things mean? It seemed as if their world had been turned upside down and nothing made sense anymore.

Presently a stranger approached and joined himself to their company. Noticing the sad faces of his two companions, the stranger asked what they were talking about. The men, surprised that he did not know the current state of affairs in Jerusalem, quickly filled him in. They recounted that three days previous Jesus had been crucified by the religious and civil authorities. They confided in this stranger, that they had previously trusted that this Jesus had been sent by God to redeem Israel. In a surprising twist, they related that that very morning, some women had discovered that the body of this Jesus was missing and had been apparently told by angels that Jesus was alive. The report of the empty tomb had been confirmed by some of Jesus’s closest disciples, but whether He was alive was still in question and where He had gone was unknown. After listening quietly to the entire account, the stranger sternly rebuked them for their lack of faith and began to instruct from the Scriptures. Beginning with Moses and proceeding through the prophetic books of the Old Testament, this man explained why it was necessary for the Messiah to suffer and die before resurrecting and entering into His glory. He left nothing out and brought all of the loose ends together to show that Jesus was indeed their Messiah.

By the time He was wrapping up his lesson, the journey of the two men was near its end. Evening was fast approaching and these begged him to join them for supper and stay the night. As they sat, the stranger blessed the meal, broke the bread, and began to give it to them. At that moment, the travelers recognized the true identity of their guest.  As they understood who He was, He miraculously disappeared before their very eyes. In their excitement, the two men proclaimed, “Did not our heart burn within us, while he talked with us by the way, and while he opened to us the scriptures?” Immediately, the two men retraced the seven miles back to Jerusalem to share with the rest of the disciples that they had had a personal encounter with the risen Jesus!

Though you will not find a road called Emmaus in the Bronx, this borough has a history with that name. One of the earliest and most prominent Dutch settlers of what is now called the Bronx, was Jonas Bronck. It is after him that that our borough is named.  He was a man who believed in God and upon landing in New Netherlands (present day NYC) proclaimed, “the Almighty has surely guided me to this beautiful land.” He did not name the farm he settled after himself. Rather He named it Emmaus out of his love for the story recounted above.

We have named our church Emmaus Road Baptist Church because we love the account of Jesus and the two travelers upon that road to the town of Emmaus, and because we love the Bronx and want to see it filled once again with people who personally know Jesus as their Risen Lord and Savior.

Andrew Murray calls prayer the “pulse of the spi

Free coffee outside the church today!

Rehoboth means “room.” How does this word have

From our ladies Bible study this morning…to dire

We hope you have already made your plans to join u

“There is no such thing as unanswered prayer fro

For unto us a Son is given, that we might be forgi

Hail the heaven-born Prince of Peace! Hail the Sun

Christmas won’t be on a Sunday again for 11 year