Who Is Our Pastor

Ben Hamilton was blessed to grow up in a family with parents who know and love the Lord.  They introduced Ben to a personal relationship with God at the age of four.  When he was fourteen, the Lord used the preaching at a youth conference to call Ben into the pastoral ministry.  In preparation for ministry, Ben attended Ambassador Baptist College.  He graduated from Ambassador with a degree in Bible and Pastoral Studies in 2007.

As a college student in 2005, Ben completed an internship of Jewish evangelism in New York City under Shalom Ministries and Dr. Craig Hartman.  The Lord used his experiences that summer to give Ben a burden for the great need of solid churches in the urban areas of our country.

Ben is married to his best friend, Andrea.  They met in Bible college and were married In October, 2007.  They spent the first two years of their marriage in seminary at Tabernacle Baptist Bible College and Theological Seminary in Virginia Beach, VA.  After completing some seminary courses, they followed the Lord’s leading to be urban church planters in New York City.

It was June, 2010, when the Hamilton’s pulled into Brooklyn, NY and unloaded their moving van.  They believed that God was calling them to plant a Bible-believing church in one of the NYC boroughs, but they knew God wanted them to prepare further before fulfilling this calling.  Therefore, Ben and Andrea spent several years gaining valuable ministry experience and training under the guidance of Pastor Jim Bickel at Bethel Baptist Fellowship.

In 2013, the Hamilton’s began to seek God’s specific will regarding the location for a new church plant in New York City.  The Lord used Pastor Bickel and Dr. Hartman to lead them to the Kingsbridge area of the Bronx.  In March of 2014, the Hamilton family hit the road to raise prayer and financial support from like-minded churches in the United States and Canada.  With financial backing to aid the ministry, and faithful prayers enveloping this endeavor, Emmaus Road Baptist Church was born in 2017. 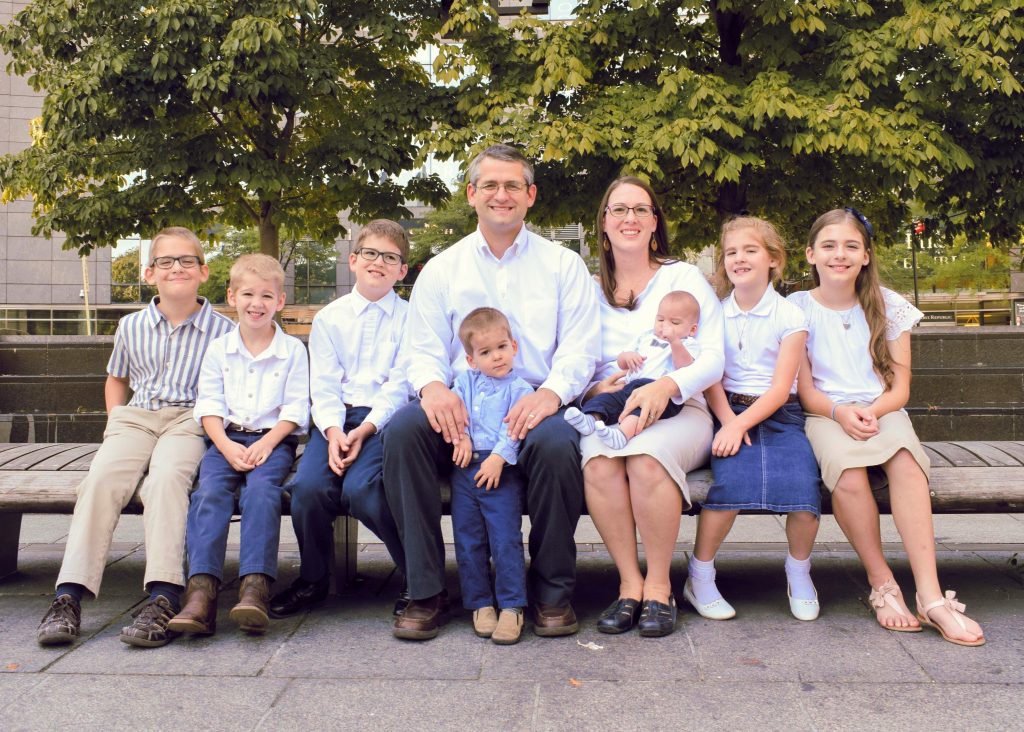 Ben enjoys wrestling with his kids, playing board games like Monopoly and Ticket To Ride, and is an avid baseball fan. Though he has always loved the Baltimore Orioles, he is learning to embrace life as a Yankee’s fan!   He is also gifted in construction skills, having worked in the furniture business and the home improvement industry.  The Hamilton’s enjoy trail hiking as a family activity.

We are celebrating our new location with a grand r

Are you willing to give up anything in order to br

Make your plans now to join us tomorrow morning!

I have done it. I’m sure you have too. We stre

After two and half years of temporary locations, i

In Genesis 20, God is merciful to both Abimelech a

Satan’s hallmark is pride. He loves it when we

Satan has two strategies for destroying the family

We had a good first Sunday in our new location!

Click the link in our bio or go to www.emmausroadb